How to increase your valuation? These SaaS founders did it by focusing on churn 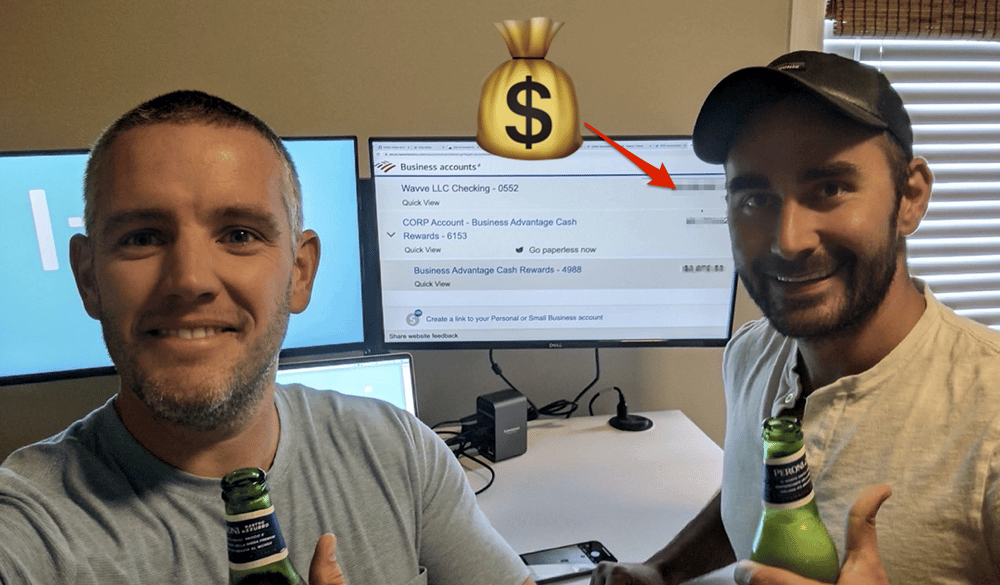 These founders took a risk turning down their first offer, and their bet paid off with a significantly higher valuation two years later.

By the fall of 2016, founders Nick Fogle and Baird Hall had spent around 18 months building a social sharing platform for podcasts, a project for which they couldn’t get paying customers or a minute of investors’ time.

Then they stumbled into a related product that brought in both revenue and acquisition offers.

Wavve, a tool that repurposes audio content into short videos for social media, was a hail Mary meant to be a lead generator for their flailing platform. But it turned out to be exactly what their users were looking for.

In 2019, the founders got a cold call from a private buyer offering to purchase the company for around $1 million, Fogle said.

Fogle was stunned by the offer, but conversations with his co-founder, who “was in a more secure financial position” and less dazzled by the dangling offer, led to the decision to turn it down — yet fueled their interest in selling.

Fogle and Hall had connected in Charleston, South Carolina’s nascent tech scene in 2015 through their wives, who were friends and suspected the men would work well together. After a couple of months of talking, they arrived at an idea for a business, and started the project that would become Wavve.

The founders initially imagined success simply as “[paying] our mortgages with this thing as a passive income project,” Fogle said.

Yet when they received that first offer to sell their bootstrapped company, Fogle imagined the ways the money could change his life. “I was thinking, wow, I can pay off student loans,” he said.

With a young family and $250,000 in law school debt, tying up so much of his net worth in a startup felt risky. But the founders were careful not to sell themselves short.

They saw the offer as a sign that what they’d built could be worth even more. They buckled down to fix their company’s biggest problem, which had affected its valuation: churn.

“I was more motivated than ever, because I knew what we’d walked away from and couldn’t stomach the thought of failing now,” Fogle wrote in a blog post after selling Wavve.

As projections put the valuation where they wanted it, they planned to list with a broker in March 2021. But in December 2020, they were once again surprised with several inbound offers and received five letters of intent (LOI) just before Christmas.

Fogle is happy now that they didn’t go for the sole offer they’d received two years earlier and instead put the work into building a company that attracted multiple offers. “The best way to get a high valuation is to have a bidding war,” he said.

They set the broker plan aside and pursued the deal independently with a transactional lawyer, saving hundreds of thousands of dollars in broker fees.

They finally chose an offer from holding company Calm Capital, which offered a deal in line with Wavve’s target and was willing to give the owners a share of future upside, Fogle told They Got Acquired.

“There were other intangibles that we liked: Culture fit. Similar way of doing business to us,” Fogle wrote in his blog post. “Plus, [Calm Capital’s co-founders] David [Horne] and Marty [Balkema] were located just a few hours’ drive from Charleston.”

They signed the LOI with Calm Capital in January 2021, and closed the mid-7 figure sale in April that year. With his share of the sale, Fogle saw the possibility to not only pay off his own student loans, but also set up college funds for his kids.

Plus, the founders — along with Rob Moore, Wavve’s first employee and eventual co-owner — were ready to roll what they’d learned preparing Wavve for the sale into their next venture: Churnkey, a B2B SaaS that provides personalized cancellation flows to reduce churn for subscription businesses.