Navigating acquihire: How to negotiate more than an employment contract

If your startup is struggling financially but you have a brilliant team with future potential, an acquihire may be your best option. Here’s how to negotiate the best deal. 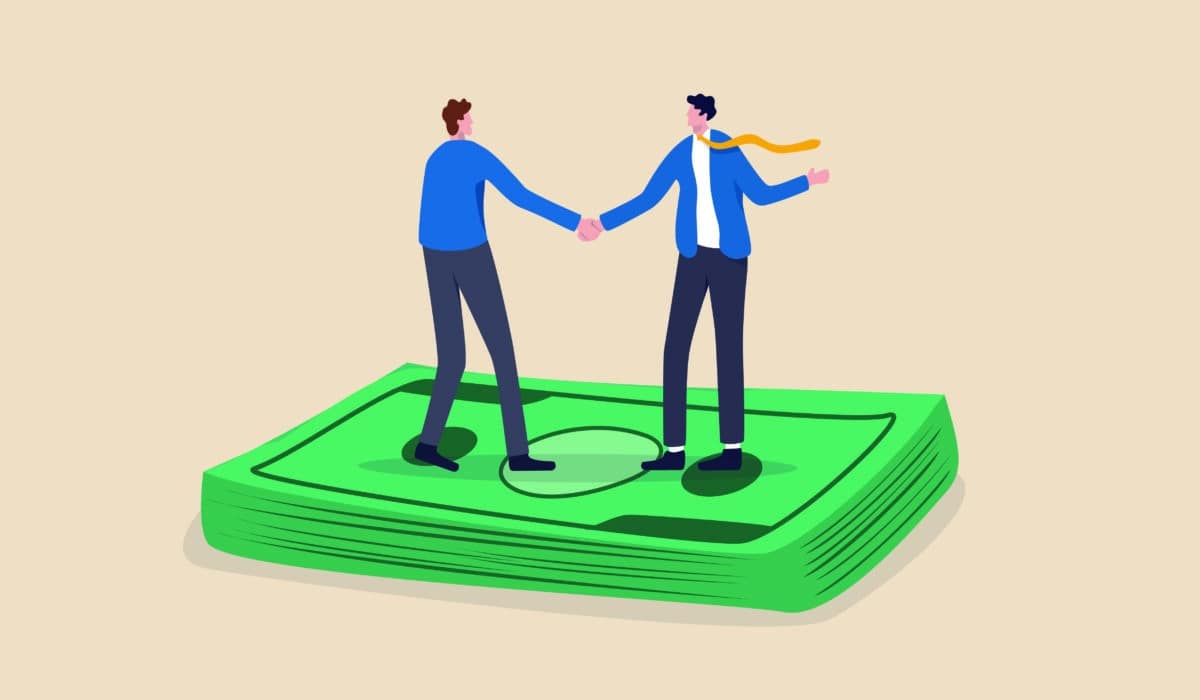 If your startup is struggling financially but you have a brilliant team with future potential, an acquihire might be your best option.

In this type of startup sale, the buyer is primarily interested in getting your team to join their company. Acquiring a pre-built team that’s made progress on a solution the buyer needs can save time in getting a new offering to market or bringing hard-to-recruit talent on board.

Maybe your startup is pre-revenue, or has just begun to sign up a few customers. Selling for a multiple of revenue at this early stage would net you nearly nothing, so it takes a little creativity to get good value in an acquihire.

At first, an acquihire buyer may not want to offer more than a set of employment contracts, even if you have other assets that might be valuable down the line, such as a beta version of a solution, or perhaps a customer or prospect list.

As the seller, you want more of a payoff in an acquihire, not just lucrative new jobs for you and your team. You’ve put time and sweat equity into your startup, built that stellar team, and want some compensation for your efforts. Particularly if you’re able to attract a major acquirer — say, becoming one of the frequent Amazon, Facebook, Apple or Google acquihires — you should be able to negotiate for some cash on closing.

How can you make your case for more money? Here are five key aspects that determine how buyers value an acquihire:

Rather than a valuation based on a multiple of your current sales — which may be zero — savvy acquihire sellers stress the future value of any intellectual property (IP) the seller brings to the table, says Paolo DiVincenzo, managing partner at the M&A advisory firm Basis State. The firm focuses on acquisitions of under-$1 million, often pre-market software companies.

“I’ve found financials are largely irrelevant, if a $2 billion company is buying a startup doing $2 million in sales,” DiVincenzo said. “Instead, speak to the value your feature could create for their customers. Doing that, you could find a decent value, much more than calculating a multiple of current revenue.”

In other words, pitch the future potential your IP could offer, especially when combined with the buyer’s existing products or services. At a big company, a little more customer retention due to a new feature or add-on sales with an additional product could easily translate into millions of dollars in revenue.

2. Get help paying off liabilities

If your startup has debts you want to pay off in your acquihire sale, two factors can help you: your relationships and your track record of past team-leadership success.

Hopefully, you’ve spent time at your startup cultivating industry relationships. If you have an acquihire buyer with whom you already have a deep relationship, they’ll be more likely to offer a better deal, said Rohit Rai, co-founder of Tuplejump, a machine-learning startup that was acquired by Apple for an undisclosed sum in 2016.

Often, a startup has unpaid bills when it’s time to sell, Rai said, such as office-space rent or equipment leases. In addition, founders might have personal liabilities in funding the startup; you might have taken out a second mortgage to get startup funds or made payroll with a personal loan.

The other card that founders can play is a demonstrated track record of success. If you can make a case that your leadership of the team will be essential, that strengthens the possibility that your buyer will offer some cash to help entice you to stay with the team.

“You don’t have leverage, unless they really-really want the founders,” Rai said.

“Then, the founders need to be made whole. That’s how you get it to be more than just an HR hiring budget line — that, and the relationship with the acquirer. Then, they don’t want you saddled with troubles. Otherwise, they can always bypass you and just cherry-pick your people, give them offers, and get them to join their company.”

When you’re adding up liabilities, don’t forget that the sale deal will have costs of its own. Startup founders can ask for the buyer’s help paying those closing costs, said Jonathon Vinocur, chair of the new ventures practice at law firm Thompson Hines in Cleveland.

“It’s not atypical, and perfectly reasonable, for the acquirer to foot the bill for some of the acquisition costs,” he said.

3. Recognize the value in half-baked IP

Valuing even unfinished IP can help create a cash payday, compensating founders for some of their sweat equity, Vinocur said. There were costs to building that IP, assembling and paying that team. If there are any legal disputes around the IP, those need to be settled now, and buyer cash can help.

“If the acquirer wants to add that IP, it needs to come over unencumbered,” he said. “We see this more frequently in hardware, when it’s patent applications, pharmaceutical compounds, medical devices. You don’t want anyone to be able to come along later and stake a claim.”

If you’ve considered applying for patents, that could strengthen your case. “Maybe it’s time to press the gas pedal on those,” said Vinocur. Having patents in process could help you convince a buyer to include more up-front cash in your acquihire deal structure.

Nothing makes buyers raise their offer like the news that another company is also interested. Anything you can do to drum up more than one buyer will strengthen your position and make it easier to drive up your asking price.

Once you have multiple buyers, the sale price may rise based on “goodwill,” the premium a company pays over perceived value simply because they want to make the sale happen. Competition for the deal makes your team seem more valuable, and buyers may be willing to throw some cash up-front into the deal to secure your team — and possibly, to keep their knowhow away from competitors.

5. Play to the buyer’s need for speed

Experienced sellers and brokers take advantage of a simple truth of mergers and acquisitions: Big-company M&A teams are in a hurry to close deals. Employees in these departments may receive bonuses based on how many deals they close or how much their acquisitions add to annual revenue, Vinocur said.

If you’re a smaller deal and negotiations drag on, you could ask for a bit more money, and often, you’ll get it. At that point, it’s a matter of simple expediency and needing the deal done, from the buyer’s point of view. With a major-company acquirer, asking for five to six figures more is a rounding error in their accounting, so minor it’s not worth holding up the deal, said Vinocur.

“They reach a point where they have some embedded expense in your deal, and don’t want to miss out on the next thing,” he said. “If you say, ‘I need $50,000 more to pay for these three things,’ they may do it so they can close this deal and move on.”

How to propose an acquihire

If an acquihire sounds like a possibility for your startup, you may be wondering how these deals come together.

Occasionally, teams that weren’t looking for an acquihire are approached with that opportunity, and it’s up to them to decide whether that route makes more sense than their original startup. That’s what happened to Kobi Ben Meir and Amotz Segal of AI fintech platform Edge Funder. They sold to financing company Yes Lender just a year after founding the company, before bringing the product to market.

“We looked for an investment, and this offer presented itself with the ability to take our startup to the next level as part of a bigger, more established company,” Meir said.

Yet when a founder wants to proactively explore acquihire opportunities, the best steps are to identify and pitch possible buyers.

To pitch the deal, stress the achievements of your team, their credentials and past experience, and how your team’s knowledge and your IP would benefit the buyer. Think about who likely acquirers would be in your industry, and approach possible buyers — ideally, ones with whom you already have a relationship.

“Usually, the startup has to go find a buyer,” Basis State’s DiVincenzo  said. “The sharks do not circle.”

We’re reporters, not lawyers. If you need help with legal decisions, please hire a legal professional. The information contained in this piece is provided for informational purposes only, and should not be construed as legal advice.