This teacher-turned-entrepreneur created a new income stream by building a tool she needed for her own students.

Personal experience — and frustration — can serve as a powerful inspirational force.

At least that was the case for Danielle Simpson, who devised the idea for Feedback Panda while she was an opera singer and moonlighting as an English as a Second Language instructor.

As an online teacher in 2017, Simpson was only paid for the time she taught on camera — not for prep, organization, or feedback. Those off-camera duties, however, entailed significant time, which is when she approached her boyfriend-turned-co-founder, Arvid Kahl, about building a SaaS tool to speed up the feedback process.

The entrepreneurial duo built a prototype of Feedback Panda in 2017 to help online teachers create student feedback templates, saving her time and helping to organize her work. It quickly resonated with other online educators around the world. Within nine months of launching Feedback Panda, the company was generating $20,000 in MRR or monthly recurring revenue, Kahl said in an interview with buyer SureSwift Capital, a SaaS investment firm with a portfolio of more than 40 companies.

The company grew thanks in part to teachers’ enthusiasm for it, Simpson said.

“From the beginning, our subscriptions came in reliably through word of mouth. Teachers love to share helpful information so all of our growth was organic,” she told SureSwift Capital. “Our strategy was to give teachers a great experience once they made it to our product and help them see the value we provide.”

At “the edge of burnout,” selling Feedback Panda becomes appealing

By 2019, only two years after launching, the bootstrapped firm was generating $55,000 per month with about 5,000 customers, Kahl told They Got Acquired. That’s when the two, who were based in Berlin, Germany, began considering selling the business.

“I was at the edge of burnout, and we wanted to diversity our wealth,” Kahl told They Got Acquired. He noted in an interview on Startups for the Rest of Us that the co-founders had all their money tied up in the successful upstart. 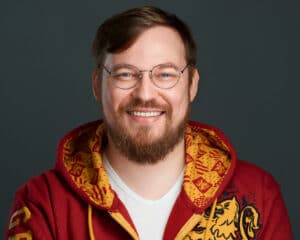 Ultimately, the two decided to sell the firm in June of 2019 to SureSwift Capital, which specializes in buying SaaS firms led by independent founders. It was a seven-figure sale, what Kahl called, “a life-changing amount of money.”

At acquisition, the team consisted only of the founders. Now with seven full-time employees, Feedback Panda works across mobile and desktop applications, as well as offers teachers an easy-to-use browser extension.

Both Simpson and Kahl have since departed the firm. After selling Feedback Panda, Kahl launched a blog, The Bootstrapped Founder, and wrote two books for entrepreneurs: Zero to Sold and Embedded Entrepreneur.