This tax pro built a SaaS to help small businesses get R&D tax credits, then sold to Gusto 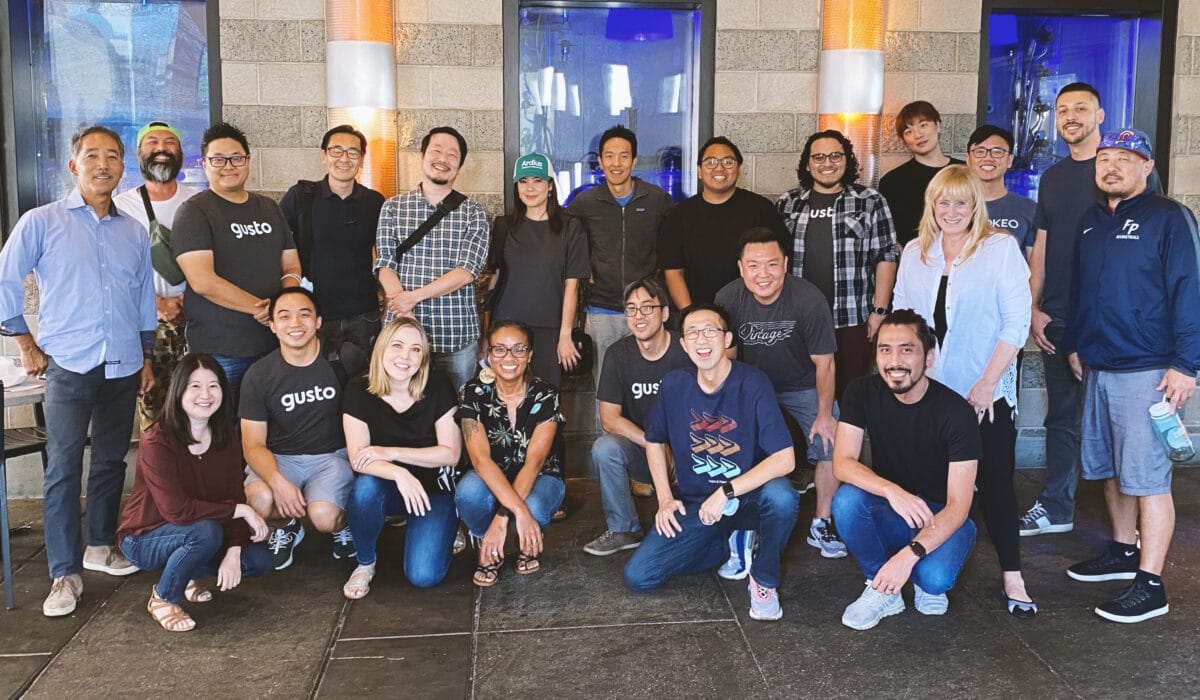 The Ardius team celebrates 100 days after the Gusto acquisition.

The Ardius team celebrates 100 days after the Gusto acquisition.

In business and in life, timing can mean everything. For Joshua Lee, Arduis’ pre-Series A status helped attract a well-heeled buyer en route to an IPO.

Lee — who previously worked in venture capital and was a senior executive at Ernst & Young — sold the company for a combination of equity and cash. He declined to provide a value or range of the sale price.

With 15 employees at sale, Ardius grew quickly thanks in part to Lee’s in-depth insights on the R&D tax credit program. That’s because he helped write the program. Lee collaborated with the Internal Revenue Service on the IRS Audit Technique Guide, and partnered with the authors who wrote regulations for the R&D sections of the Internal Revenue Code, Gusto noted in its announcement of the deal.

Ardius’ growth, Lee’s relationship with Gusto and the companies’ shared customer base helped the strategic acquisition come together, Lee said.

“[We] already worked together and realized 1 + 1 = 3,” Lee told They Got Acquired. “[We] shared the same ideal customer profile and data to find more credits.”

Ardius’ R&D tax credit tech, in particular, was important to Gusto and its small- to medium-sized business (SMB) customers. The platform generates an average of $240,000 in tax credits per client, Ardius reports.

The R&D tax credit program is a dollar-for-dollar federal tax credit. It awards up to $1.25 million per business per year to help offset the cost of developing new or improved processes, products or technologies, according to the accounting firm Moss Adams. Each year, the U.S. government dishes out roughly $50 billion to businesses via the tax credits.

“Many SMBs are eligible for the R&D tax credit, but very few utilize it because accessing those tax credits has historically been a nuanced, time-intensive and expensive process,” wrote Gusto co-founder Tomer London. “Combining Ardius’ AI-powered tax credit technology with Gusto will enable us to scan customers’ payroll to automatically calculate and surface more tax credit savings directly to SMBs and their accountants.”

In August 2021, Gusto raised a $175 million funding round, giving the company a $9.5 billion valuation. Gusto is reportedly preparing for an initial public offering (IPO) that may occur before the end of 2022, according to Forbes.

Favorable market conditions, as well as the growth stages of both Ardius and Gusto, presented great timing for a sale, Lee said. “Valuations and resources were at an all-time high,” Lee told us. “[Gusto’s] pre-IPO and [Ardius’] pre-Series A statuses made it super flexible to close.” Ardius raised about $1 million in pre-seed rounds via convertible notes, Lee said.

Lee, who has previously exited several companies as an investor and owner, noted that Ardius’ sale was new to him in at least one respect.

“This was my first [exit] as a majority shareholder,” he told They Got Acquired. “We were able to close the deal with my own signature, and me as both the founder/board.” He was pleased he was able to share the returns with his team and early investors, he said.

Lee continues to work with the Ardius team, which has grown to more than 50 employees in the year since the acquisition. He has also deepened his commitments to the Silicon Beach startup ecosystem as an advisor and board member for several startups, he said.