At age 22, Jodie Cook founded a social media agency. 10 years later, she sold it for 7 figures 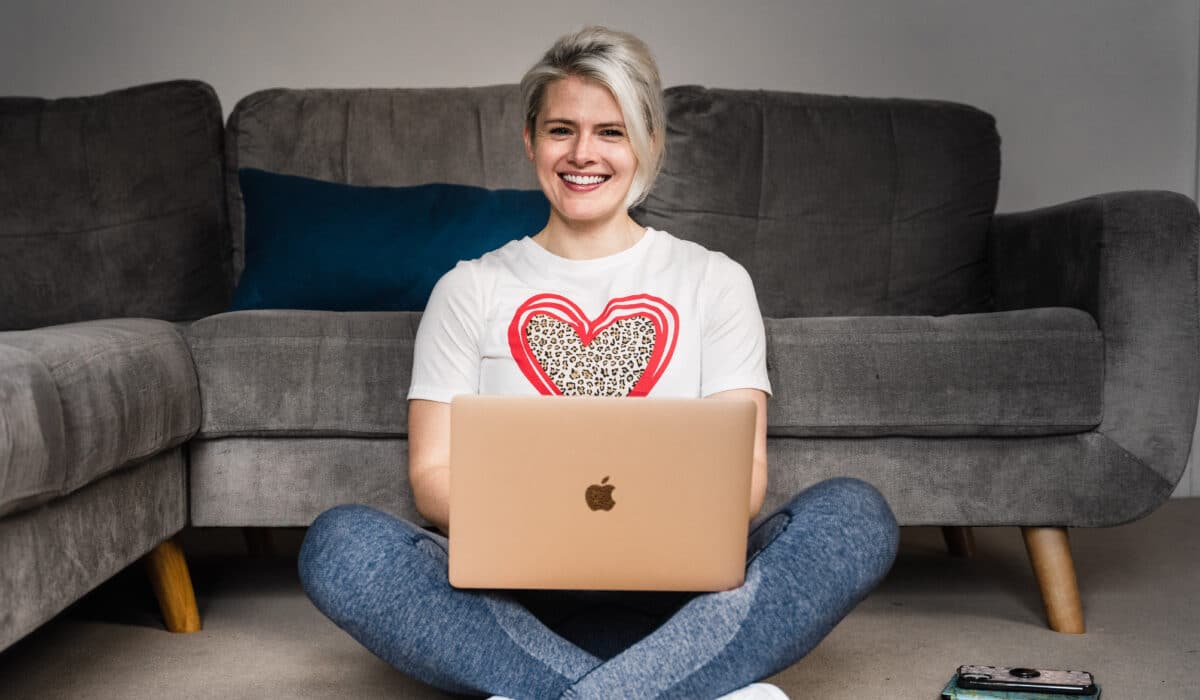 This founder created processes for her social media agency that allowed it to thrive without her, which helped her to avoid an earn out when she sold.

The struggle of entrepreneurship is often likened to the Greek myth of Sisyphus, who was forced each day to roll the same boulder up a hill for eternity.

But for JC Social Media founder Jodie Cook, pushing that boulder uphill is more like a warm up. When she’s not building a business or writing another book, Cook is training for her next powerlifting competition.

“I compete in the 126-pound weight category and I can deadlift 408 pounds,” Cook said. “Other than business, my passions are all things sport. I love weight training, running, mountain climbing, and anything active.”

Cook’s latest big lift, however, wasn’t in the gym.

It was selling JC Social Media, the social media agency she launched in 2011 at the age of 22. Cook sold JC Social Media in March 2021 to the marketing and advertising firm Low&Behold for seven figures.

When she started JC Social Media 10 years ago in Birmingham, England, Cook didn’t have an end goal in mind.

She focused on creating a well-organized company, implementing processes that were effective, and investing in her team’s continuous learning. As the company grew — eventually reaching 16 full-time staffers who supported 50 clients — Cook began to see how appealing the bootstrapped firm was to prospective buyers.

“I didn’t think for a long time that a sale was in the cards for us,” Cook said. “It was only after I had created processes, a manual, and had a very self-sufficient team that I realized this agency was now very attractive to a buyer.”

Discovering the time was right for an acquisition

Cook learned early in her entrepreneurial journey that the people she most enjoys working with operate more like partners than employees. She hired self-sufficient, ambitious team members who sought out challenges and opportunities for growth.

By the end of 2020, Cook realized that the team she had cultivated was maxing out their potential under her leadership. Cook, who enjoys working on a variety of writing projects and weight training every day, was content with the firm’s pace but knew it wouldn’t suit everyone forever. Ultimately, she concluded, she was running a lifestyle business with a performance-oriented team.

So rather than slow her team’s growth, Cook began the process of selling the company to a buyer that could fuel their advancement, as well as care for their clients.

“I wanted to remove myself as a ceiling for my team so they could progress within a larger agency,” Cook said, adding that she was also eager to work on other projects. “I knew that driving my agency to the next level would need more focus and less of the other work I’d started to love.”

Cook had built a thriving business, cultivated a strong team, and garnered clients they were thrilled to serve. As a result, she wasn’t in any rush to sell the business and was prepared to hold out for the right deal.

Cook worked with a mergers and acquisitions (M&A) specialist who set up what she called “chemistry meetings” with several big agencies. A few interested parties made offers, but Cook’s priority was to find the best deal, not the quickest one.

“The bar I set for a buyer was high: big plans, nice people, great work,” Cook wrote in reflection on the deal. “I wanted to open opportunities for growth, for my team and our clients. I knew our strong team, great clients, and healthy profit made us attractive. I wanted everyone looked after. I wanted to become surplus to requirements.”

Her patience paid off. Eventually the marketing and advertising firm Low&Behold, also based in Birmingham, England, made a 7-figure offer, and Cook’s team joined their firm of 70 employees.

Cook’s organizational skills also paid dividends during the negotiation process. Before selling, she created processes enabling the agency to operate without her. That allowed her to avoid an earn out that’s common with service-based businesses, she said in an interview with the Built to Sell podcast.

An earn out is a post-closing payment that’s contingent on the acquired business satisfying negotiated performance goals after closing. They require the founder to stay on board with the new company after the closing, and can take years to wrap up. They can also be risky, because the founder only gets the payout if the company hits certain goals.

Advice to founders selling their business

JC Social Media’s sale went smoothly in part thanks to how well organized the company was, Cook said. Her advice to founders who are considering selling their business is to start preparing it for a sale now.

“Create your processes manuals, iron out case-by-case and try to remove yourself from answering questions you have answered before,” Cook said. “See your company from a buyer’s point of view and fix anything that won’t look right to them. The more you unpack now, the easier the sale will be, and the more buyers will be lining up to buy your business.”

She also cautioned founders not to count their chickens before they hatch.

“Founders sometimes act like the deal is done long before it is. They mentally check out, they start spending the cash that hasn’t yet arrived, and their business suffers as a result,” Cook said.

“Before my sale was completed I kept telling myself that it could all fall through at any point. This helped me keep my eye on supporting my team and growing the business. It meant that had the deal fallen through, we would have been stronger and ready to go again.”

Cook’s biggest obstacle through the acquisition

The biggest challenge of selling her company was staying calm, Cook said. They set a deadline, but once attorneys began the process, she didn’t have much visibility into progress.

“Completing the sale itself required a lot of patience,” she said. “Since I sold and left my role at my agency eight months ago I have felt wonderful. Although I miss the team and our clients, I am sure it was the right decision and I’m ready to begin my next chapter.”

What’s next for Jodie Cook

In the months following JC Social Media’s sale, Cook carefully considered what was next and took some time to slow down. At least, by her standards.

She wrote a book, was a guest on 20 podcasts, taught dozens of early-stage entrepreneurs, focused on her Forbes column, and competed in a pair of powerlifting events.

In that time, Cook honed parameters for her next business, including that she wants it to be location independent, good for the planet, and within her zone of genius. Cook and her husband came up with 22 ideas for the next company, but she’s keeping the business private for now.

Cook said she’s keen to hear from founders who are considering selling their business or who have gone through the sale process and are feeling lost. You can reach Cook via her website, Jodiecook.com.

How a young founder grew his freelance website-building business into an agency with $3.5M revenue

After years as a generalist WordPress agency, 93digital tightened its focus to B2B and SaaS clients. The move led to new opportunities, more revenue — and an acquisition. 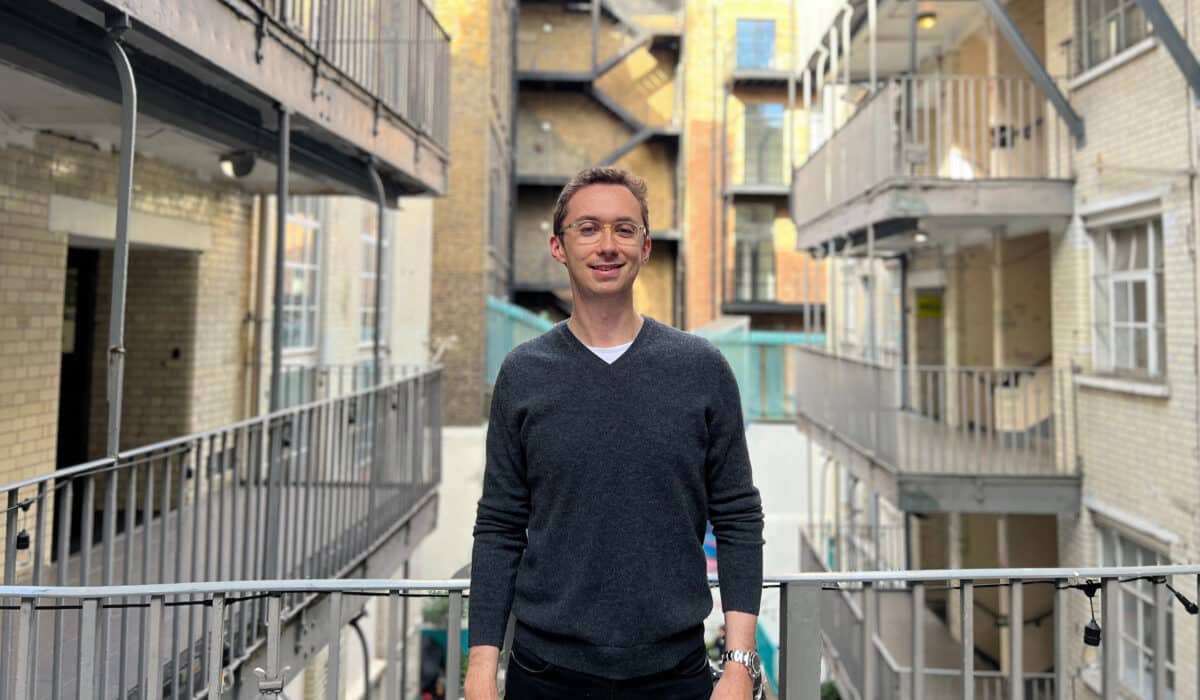 Building a business is a team sport, so if you have the opportunity to have the best of the best surrounding you, then sometimes you have to take that shot. 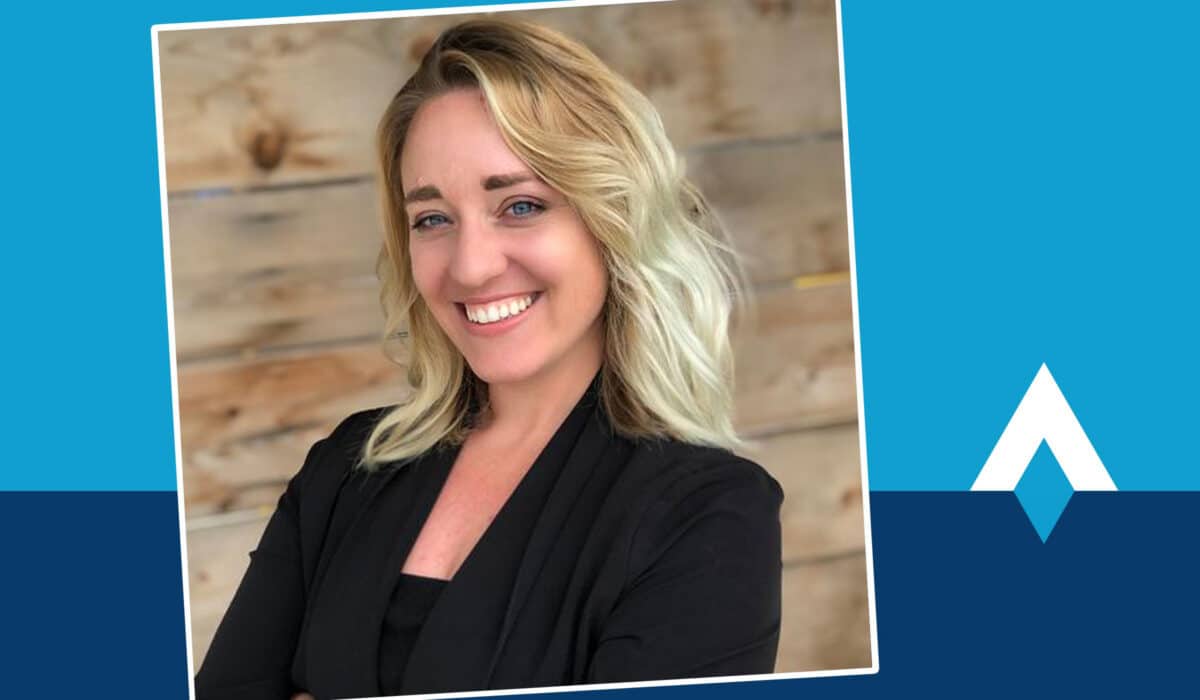