A museum tours business scaled to $2.8M in revenue using comedians and actors 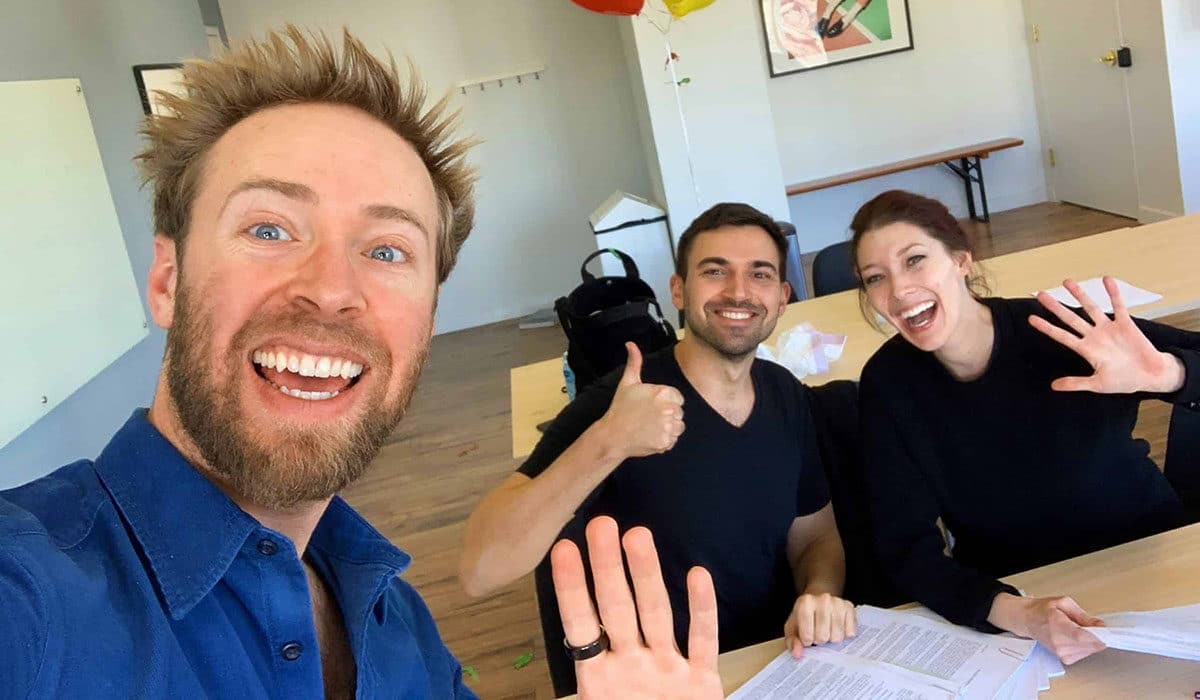 It’s not often that a founder sells a business to the leadership team, and that’s exactly what happened in this deal.

That changed in 2011, when he went on a date with a woman who took him to a museum. That experience, Gray explained in a piece for Bench.co, was the motivation for starting his business, Museum Hack.

“Her enthusiasm for the artwork unlocked the museum for me … It made me very curious about art and history,” he told Bench.co.

Gray worked in high-tech sales at the time and began to spend his weekends taking friends to museums for informal tours, told They Got Acquired. He focused on lesser-known paintings and artists with interesting backstories. His tours quickly filled up, but for more than a year, Gray said, he saw it only as a hobby.

Then in 2013, a feature about Gray’s tours in the Daily Candy (now defunct) turned his hobby into a business, Gray told Bench.co. Overnight, he received 1,300 requests from potential customers. Gray knew he needed a non-traditional approach to scale Museum Hack.

Gray’s logic was that no tour would be the same, but they would all be fun and interesting. He auditioned people in the arts and sciences already working as freelancers, like actors and comedians, who could manage the seasonality of the work. “Stand-up comedians are the best tour guides, Gray said on the podcast Built to Sell. “They can read people.”

One of the biggest challenges, Gray told John Warrillow on Built to Sell, was convincing people to spend money for tours, since many museums provide tours for free. “One of the first things that helped us with sales was to give a 100% satisfaction guarantee,” he said. “In tens of thousands of sales, we refunded less than 20 people total.”

By 2019, Gray had expanded Museum Hack to five cities and 50 employees, with additional part-time guides to meet growing demand from businesses booking team-building events. The company was bringing in $2.8 million in revenue, Gray told They Got Acquired.

But Gray didn’t want to continue in an operational role. He believed the business was in good hands with Tasia Duske, CEO, who had been running the business, and Michael Alexis, director of Marketing. Still, they surprised him when they offered to buy Museum Hack.

“I never thought or wanted to sell the company, but when my management team came to me with an offer, it really made me think,” Gray told They Got Acquired. I’ve realized that the company needs a CEO that enjoys and thrives in an operational environment.”

Terms of the deal: How the Museum Hack sale was structured

The company sold for “a few million dollars,” Gray told They Got Acquired. But structuring the deal wasn’t straightforward; Alexis and Duske put no money down and coming up with a valuation for Museum Hack wasn’t simple, Gray said on Built to Sell.

“It’s a service-based business, but it’s also tech-enabled,” he explained on Built to Sell. “There’s a marketing side to it, so does it get valued like an advertising agency which is like 1x revenue? Does it get valued like a software company which is like 10x revenue? I knew for me what I would be willing to trade as far as revenues go, in a longer-term handover and for me that figure was about 5 years … I thought … if could guarantee what was our best year ever for five more years, would I be willing to walk away from this business and give it to them?”

The answer was yes. Gray calculated the value at 5x pre-tax profit for a 7-figure sale price and held 15% equity, he told They Got Acquired. They set up a payment plan with all the legal guarantees of a traditional loan, ensuring Alexis and Duske would pay Gray monthly over the next 3-5 years.

Unfortunately, just months after the sale, the pandemic hit, which forced museum closures. Duske described in a blog post how the business suffered. They quickly pivoted to virtual team building events. Both Alexis and Duske continue to run both businesses.

Gray has since sold his remaining equity and is no longer involved with Museum Hack or the parent company, he told They Got Acquired. “They’re already doing more, bigger and better things with the company than I ever could have,” Gray said.

Pivoting from one social outing to another, Gray is now working on a new project to help people learn how to make friends and build connections at small gatherings. He launched a book, The 2-Hour Cocktail Party , and writes online about planning great parties.