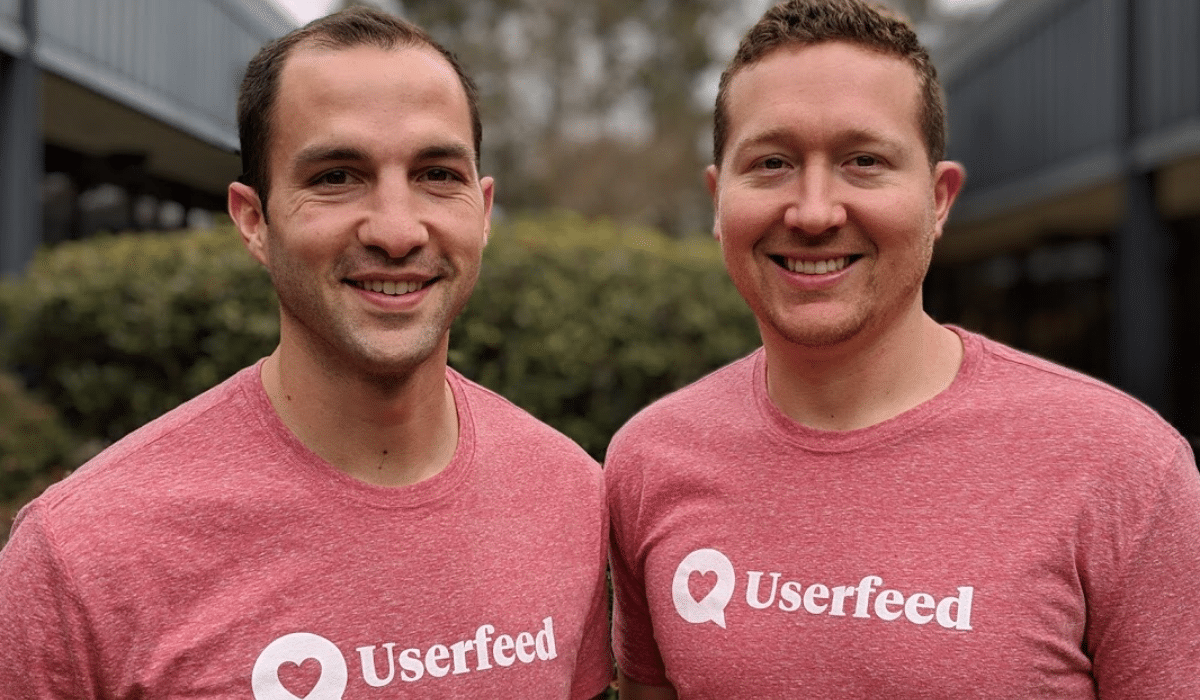 These founders solved a challenge in their main business by building software, then turned that tool into a separate business they later sold.

Landon Bennett and Kyle Conarro were busy running their business, Ad Reform, in 2018, when they encountered an uncomfortable pain point.

The pair used the software service Intercom to provide customer support for their ad-ops automation platform, but there wasn’t any tool that could capture those chats and turn them into actionable data points to inform their business strategy. So they decided to create one, the pair explained on their podcast, Made with Grit.

Bennett, who has a background in sales, and Conarro, who has an engineering background, combined their expertise, and they named their solution Userfeed. Created specifically for the Intercom ecosystem, the tool lets companies aggregate and categorize users’ feedback so their teams can access real-world information about which product or bug to prioritize next.

Userfeed slowly became a business itself making around $50,000 in annual recurring revenue (ARR), Bennett told They Got Acquired. However, that meant the co-founders were spending more time growing Userfeed than running Ad Reform, their bigger and more successful venture.

When the pandemic hit, the pair realized they were stretched too thin, Bennett said in a YouTube interview with MicroAcquire founder Andrew Gazdecki, so they put Userfeed up for sale in December 2020 using the acquisition marketplace MicroAcquire.

They found significant interest in their Atlanta, Georgia-based side business, Bennett said. After weeding out competitors and vetting potential buyers, the co-founders closed an all-cash six-figure deal with an executive at a FAANG company in January 2021, they told They Got Acquired. They declined to disclose the exact sale amount.

Discussing the experience on their podcast, co-founders Bennett and Conarro said they prioritized a quick exit over a bigger sale price. “We could’ve sold it for more but that wasn’t our goal,” Bennett said. “Our goal was, how do we sell this for something that is reasonable, very simple, and we can be done in a month.”

The pair is now focused on growing Ad Reform to $1 million in annual recurring revenue, Bennett told They Got Acquired.

Here are a few lessons these founders learned, based on their podcast and a MicroAcquire interview: