After this HR platform sold, the buyer rebranded to the seller’s company name, WorkTango 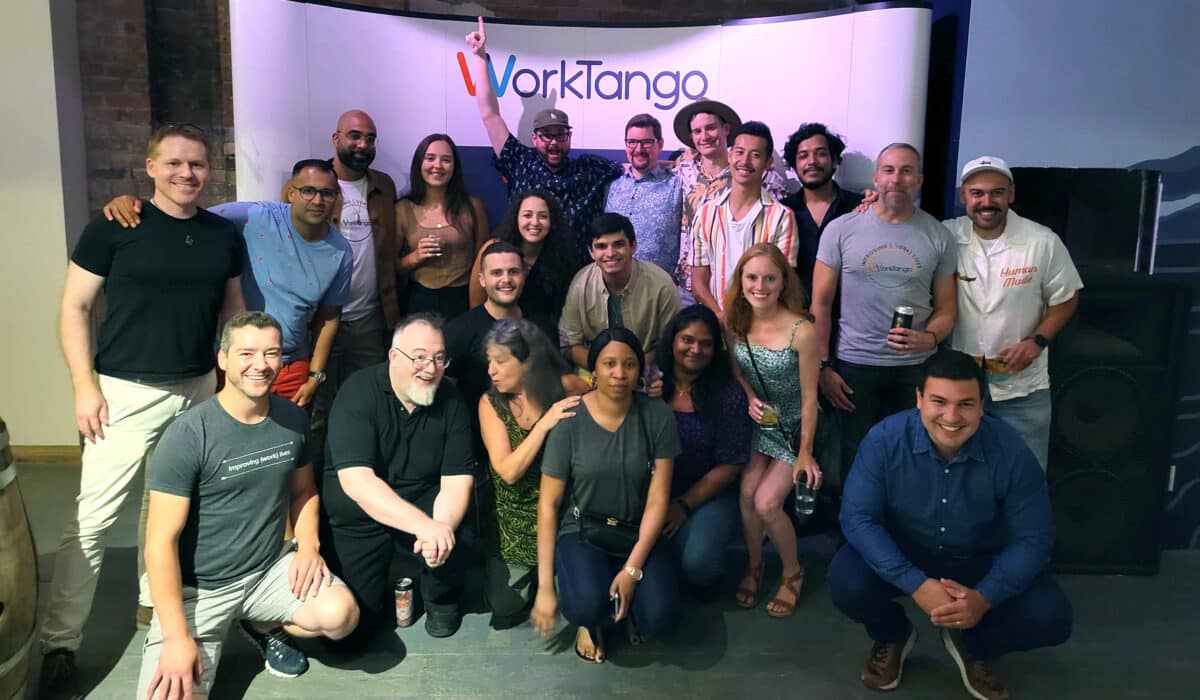 Some founders are set on exiting when they sell their business. These founders wanted the opposite for themselves and their team; they insisted on staying on with the new company when they sold.

Just two years into his first job in marketing, Rob Catalano looked around and realized that most people in the workforce seemed, well, miserable.

“We spent so much money building customer profiles and marketing,” he recalled thinking. “Why don’t we have all the data on our employees to make better people decisions?”

Motivated to fix this pain point, Catalano joined human resources tech startup Achievers in the early 2000s. There, he met Nadir Ebrahim, a product leader, and the two helped build the employee performance company for 11 years before it sold for $110 million in 2015.

The pair then decided to launch their own HR platform with the goal of creating a better workplace. They joined forces with a third co-founder,  software developer Bjarke Jungberg Grouleff, and created WorkTango, which helps employers collect employee feedback and pull out actionable insights.

The challenge of bootstrapping WorkTango

Over the next seven years, the Toronto-based company grew to 300 customers and 30 employees with no outside investment.

“Being completely bootstrapped in a competitive space was challenging,” Catalano said. “We overcame it by being scrappy and laser-focused on what we did well.”

By 2022, the founders were considering raising money to fuel growth. That’s when they heard from another employee experience platform called Kazoo about a potential acquisition. They hadn’t planned to sell, but decided to consider it under one condition they all agreed on: the WorkTango team would remain at the new company.

“We were intentional that if we were going to do this, that everyone had a role, like all employees at WorkTango, not just the founders. So we made that part of the process,” Catalano said.

“We didn’t build a company to sell it,” he added. “We wanted to build better workplaces. “The partnership with Kazoo allowed them to continue to do that work, but at a larger scale.

Austin-based Kazoo was interested in buying WorkTango because it allowed them to offer a holistic HR solution that included performance management, recognition and rewards, and organizational goals. Kazoo is backed by investment firm Vista Equity Partners.

WorkTango sold to Kazoo in February 2022 for an undisclosed sum, and the merged companies then rebranded under the WorkTango brand, with over 1,000 brands using the platform.

The hardest part of the acquisition process was due diligence, Catalano said, because the founders had to wear multiple hats: continuing to run the business and selling the company at the same time, without the resources that might be common during the acquisition of a larger company. They didn’t have all the frameworks in place to provide the level of detail required during due diligence, so it took effort to get those prepared, he said.

“It’s humbling to think that in 2016 we launched our very first product and have amassed hundreds of customers globally,” Catalano wrote on LinkedIn. “Excited for the next chapter!”

Post-sale, the founders continued to work on WorkTango in various senior roles.