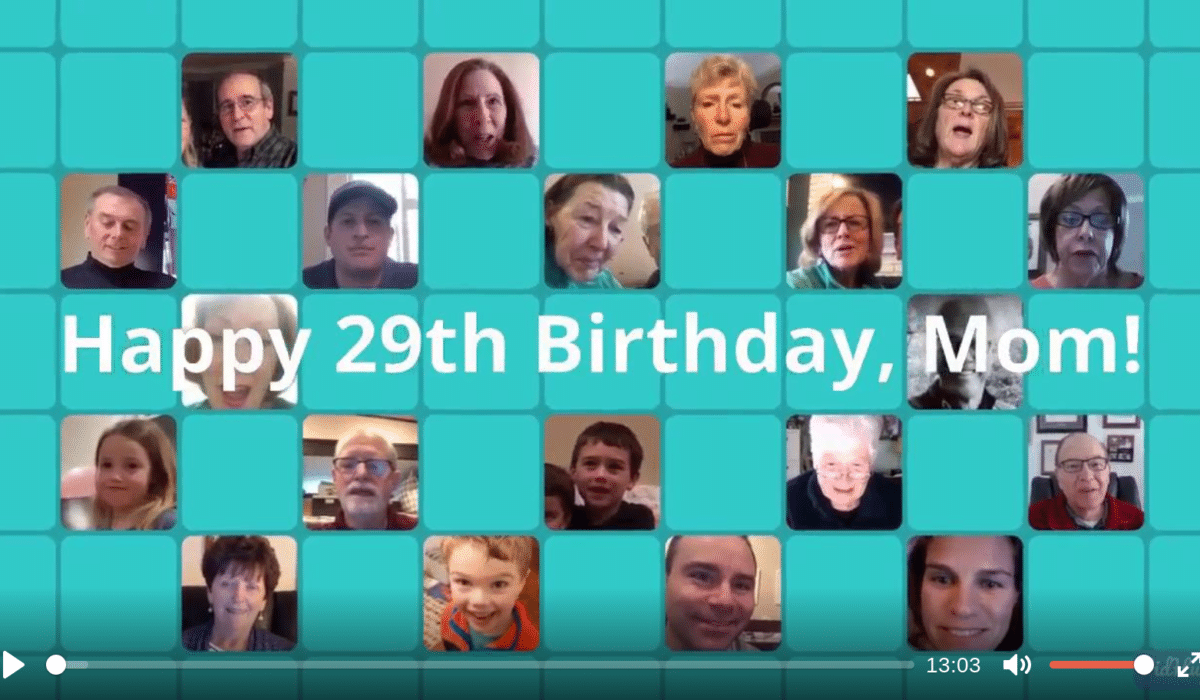 Screenshot of a group video made on VidHug.

Screenshot of a group video made on VidHug.

This founder was persistent in solving his own pain point — and then the pandemic drastically increased his user base.

When the 70th birthday of Zamir Khan’s mother approached, he and his siblings decided to surprise her with a video of all her friends and family scattered around the world wishing her a happy birthday.

It was 2016, and Khan, the techie in the family, took the lead on the project, thinking he could find a business or app that would make the process fast and easy. To his surprise, he was wrong. So he coded a bare bones-looking website where everyone could submit and upload their videos, and put everything together adding music and transitions with iMovie. The gift was a hit, Khan recounted later in a blog post about this experience.

“At that moment I [began] to realize this gift isn’t about a nice-looking group video,” he wrote.  “It’s about real human connections, the kind that seem increasingly difficult to make.”

In 2018, he launched VidHug, which let people create and send group videos like the one he made for his mom. He began promoting his new business on social media networks like Twitter and Reddit, offering promo codes and reaching out to companies about trying his technology to onboard new employees and even celebrate their work anniversaries. But the London, Ontario business remained a one man’s side hustle.

And then, the pandemic hit.

How the pandemic gave VidHug a boost

Locked inside their homes, people stumbled across Khan’s business as they looked for new ways to bridge the distance between them. Within weeks, VidHug’s website traffic exploded “from a few hundred to well over 100,000 visitors per day,” Khan told London Inc Magazine, a local business publication that featured him in its “Top 20 under 40” list in 2020.

He joined the RH Accelerator, which helped him get media coverage in local TV, and hired six employees. VidHug was thriving, but Khan had little-to-no experience running a business.

“Marketing, sales, recruiting, operations and more are all areas I continue to learn on the job,” he said in his “Top 20 under 40” interview. “Left unchecked, that inexperience can lead to doubts, indecisiveness, and even bouts of impostor syndrome,” he added.

In 2021, Khan sold VidHug to Punchbowl, a platform for online invitations, for an undisclosed amount. Following the acquisition, Punchbowl rebranded the company as Memento.

Khan told the London Free Press, a local publication in Ontario, that the deal made sense for him because “it means more personnel and energy will be focused on refining and spreading the word about how the technology works.” As part of the deal, he is now working for Punchbowl.

Khan declined to be interviewed for this story.