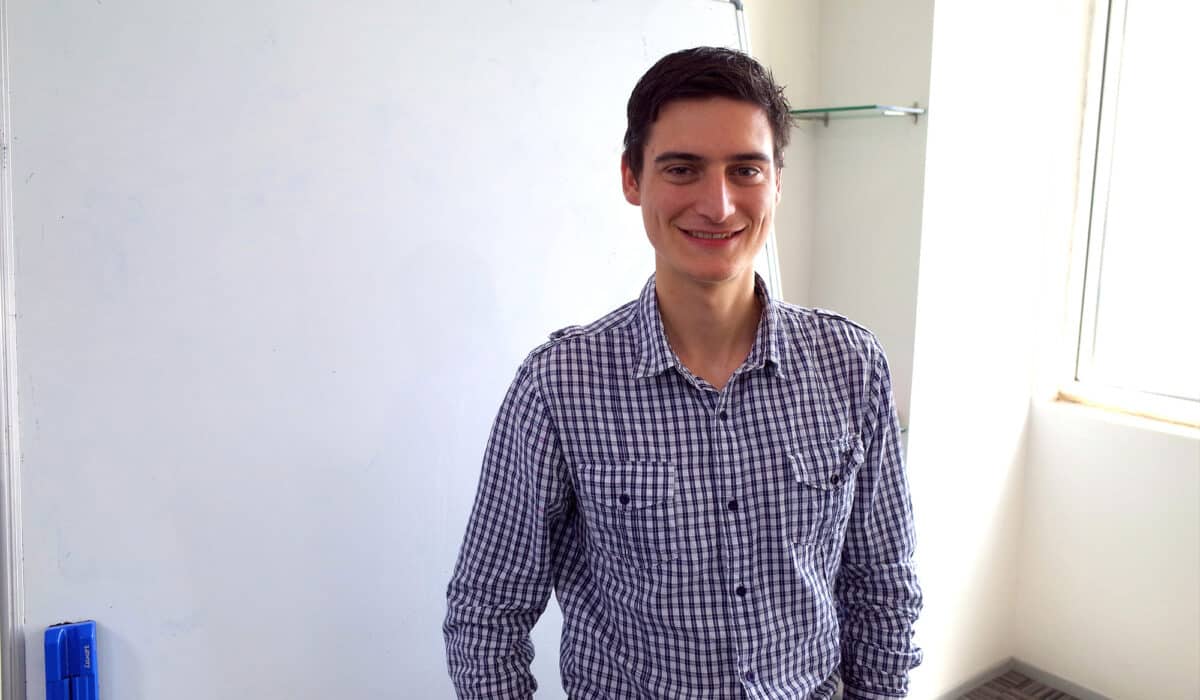 The resourcefulness this founder showed on his way to acquisition is inspiring. He’s a self-taught developer who, as a recent college graduate and on the side of his full-time job, learned how to use a low-code tool. One of the projects he worked on was a text messaging app, which was a side project right up until acquisition.

When Australian tech developer Jeremy Nagel sold his text messaging app in early 2022, it was a full circle moment.

Nagel, a self-taught full-stack developer, discovered Zoho Creator, a low-code tool for building software, when working his first gigs out of college. Four years later, an app he built on the platform was acquired.

In the early days, he used the program’s data-management capacities to carve out a freelance niche in the development space, he wrote in his Zoho creator bio. As he grew his portfolio and trained himself in new areas of development, Nagel started software businesses that integrated with Zoho, a customer relationship management platform (CRM).

In 2018, he was approached by the Zoho Marketplace team about building a new version of their SMS plugin. Nagel saw quick success with the software, which brought in more than 30 customers per month in the early stages, he wrote in a Linkedin blog post. He called it Smooth Messenger.

“I was charging $15 [per] month so even though it wasn’t mega bucks, I could see that if it kept growing at this trajectory, it could be a viable business… By the end of the year, it was bringing in more money than my day job,” he wrote about his side hustle. By March 2020, he transitioned his full-time developer role to a part-time position.

Innovating on SMS as a platform

Smooth Messenger allows businesses to easily send two-way messages to their contacts via text messaging (SMS), including multimedia like photos and links (known as MMS). Workflow features help companies communicate with customers about orders and appointment reminders, including auto-response management. For example, users can craft custom workflows to execute timely communications with customers following specific actions like opening a web page or an email.

One of the best things he did to grow the bootstrapped business, Nagel said, was recording more than 500 YouTube videos and proactively asking for reviews.

In February 2022, Nagel’s text messaging app was acquired by MessageMedia, a global messaging provider that helps businesses of all sizes better connect with customers. The company first contacted him about a potential deal the previous year, and it appealed to Nagel as a way of reducing his personal financial risk; “[I had] so much of my net worth tied up in an illiquid asset,” he said.

The sale price was not disclosed, but included a role for Nagel at MessageMedia. Nagel leaned on a venture capitalist colleague throughout the negotiation, which he said helped him achieve a better outcome than he would have on his own.

At sale, Smooth Messenger was the second most downloaded SMS extension application on Zoho, and highly rated by users with an average of 4.8 stars, according to a MessageMedia press release.

The app had 500 customers at acquisition, Nagel said, and the acquisition positioned it to reach more customers, while providing greater value and support.

“Apart from offering enhanced product features, we are also able to tap into the MessageMedia’s 24/7 support resources, which will allow us to serve our customers’ needs anytime, anywhere in the world,” he said in the press release.

MessageMedia itself was acquired for $1.3 billion acquisition in 2021, according to Business News Australia.

As part of the sale, Smooth Messenger will be renamed to SMS for Zoho CRM in a brand overhaul. Nagel joined the MessageMedia company as product manager and brought along his team of five contractors to provide research expertise and development savvy.

“Keeping the business going despite the distractions of the sale process” was the hardest part for Nagel. “A lot of my time went into due diligence and I ended up working a lot more so that business metrics wouldn’t drop,” he said.

But now that he has transitioned into the new company? “It’s nice to be able to focus full time on the parts of the business that I enjoy: building new features and talking to customers,” Nagel said. “I no longer have to worry about accounts payable or managing cash flow and have a big team to work with.”

He’s also working on a new side project: Focus Bear, a tool for building good habits and avoiding distractions.