Cladwell acquired by one of its founders and her partner 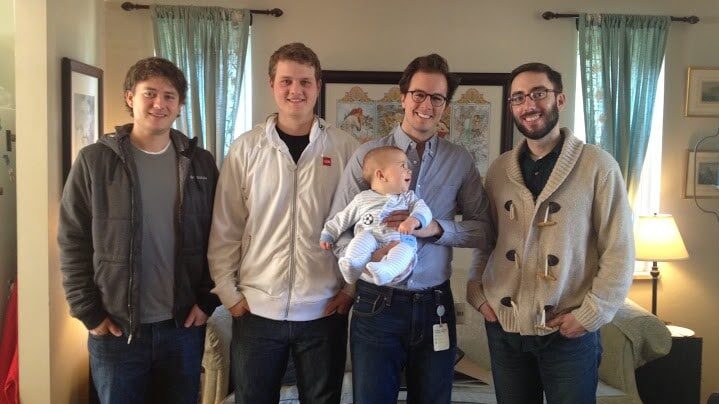 Cladwell, a fashion app focused on helping its customers optimize their wardrobes, was acquired in August 2019.

The company had an annual recurring revenue (ARR) of about $330,000 at sale, according to Erin Flynn, one of the four co-founders of Cladwell, who, along with her husband, Colin Flynn, purchased the company. At its peak, Cladwell had reached nearly $1 million in subscription revenue, according to Erin.

Founded in 2011, Cladwell connects its users with expertly styled outfits from the clothes already in their closet, personalized based upon their daily lifestyle. Its Capsule Wardrobe Program is a six-week guided course aimed at constructing a smaller wardrobe and a bigger life, which includes guided video sessions, a style assessment, and daily outfit recommendations made through the Cladwell Outfits App.

The company raised between $3.5 million and $3.8 million.

The company had an email newsletter list of over 100,000 people and nearly 10,000 paid subscribers at the time of the acquisition. But they hit a growth ceiling, co-founder and CEO Blake Allsmith said. The founders were unclear on how to expand the business model beyond subscription “in a way that was compelling to current or new investors,” he said. That prompted the founders to eye an acquisition.

Allsmith’s original co-founders were Tim Brunk, Greg Brunk and Chris Merchich, and Flynn joined the leadership team in 2015. She and Allsmith were the only remaining founders at the time of acquisition.

A “painful” but successful acquisition

While the acquisition process was complicated, Allsmith said in the end he was pleased with the sale and the personal growth as an entrepreneur that came with it. The sale price was not disclosed.

“I’m incredibly thankful for it,” he said, “but it was the most painful professional experience of my life. Highly conflict- and detail-oriented.”

For Flynn, who joined the leadership team in 2015 and serves as CEO post-acquisition, building Cladwell meant more than simply developing a business. She said it was an opportunity to do work that makes a difference in people’s lives and respects the environment.

“We have a simple belief: business should be a force for good,” she said in a web note. “This is meaningful work. Work that serves people. Work that stewards the earth. Work we were made to do. While I don’t know what the future holds, I do know one thing: I’m so grateful for this season of life.”

Allsmith, who has five children with his wife and was expecting a sixth when we interviewed him for this piece, now leads a growth marketing agency for startups.

The original version of this story included different figures for revenue, subscribers and paid users. We obtained more details post-publication and have updated the story to reflect that. You can learn more about our reporting process here.